Find out more about the latest updates on products, solutions and exhibition attendance hereunder: 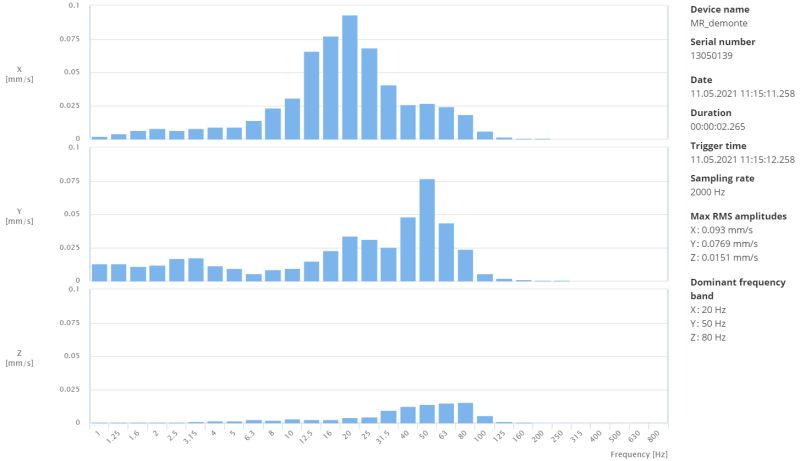 Syscom Cloud Software - New 1/3 octave RMS analysis This new 1/3 octave RMS functionality is calculated for every events and can also be reported automatically in the PDF reports.The direct benefits are:- One click automatic signal analysis with the desired 1/3 octave...

END_OF_DOCUMENT_TOKEN_TO_BE_REPLACED

Have a look at the new Syscom website, presenting all our latest vibration monitoring solutions and products in a simple and efficient way. Get best practices insights by reading our extensive case study database, jointly written with our expert partners worldwide....

END_OF_DOCUMENT_TOKEN_TO_BE_REPLACED

New map on the SCS

A new feature is now available on the SCS cloud software: the MAP.

Staying closely connected to the markets and bringing the best products fulfilling our customer needs are key challenges and motivation for Syscom. From early design stage to product finalization, from data acquisition to information processing and evaluation by the Syscom Cloud Software (SCS), the highly relevant and easy to use vibration monitoring solutions offered by Syscom have been designed to bring the most efficient service to our customers. Market adequacy with specific offerings, latest technologies integration, premium product manufacturing, high-end versatile recorders and state of the art cloud software are the results of a long term strategy to make outstanding vibration monitoring devices finally available.

Syscom’s vision is to provide the most efficient and reliable devices at an affordable price on the market to help customers carry out exceptional vibration monitoring campaigns without any problems.

A fundamental step to ensure full compliance of products!

The reputation of Syscom instruments rests on the reliability of its products. From instrument and system design through manufacturing, we focus on product reliability and quality.
The use of proven components, the constant control of every subset of every device and of the production processes ensures products and performances perfectly in line with customer expectations.
The Syscom’s manufacturing facility utilizes modern production and test equipment to assure high quality and cost-competitive products.

Launch of the autonomous ROCK product line with more than 6 months autonomy. The ROCK comes in 2 versions: with or without embedded solar panel.

Launch of an entirely new product line MR3000, starting with the MR3000C.

MRSK up to Cat A Nuclear and safety integrity level SIL2, SIL 3 in double or triple redundancies. MR2002-SM24-K recorders up to Cat C Nuclear by the TÜV for NPP & LNG applications.

On request of the Swiss Water Authorities, Syscom Instruments SA develop a new generation of seismic monitoring system designed for dams. The MR2002 family era began at that time, also commonly referred as the RED BOX.

Registration under Syscom Instruments SA, the 13th of February 1979, with a Swiss made production.

Foundation of the company operating as an engineering company in Zürich, Switzerland.